This is a summary of points put forward by Shri Manish Tewari, during a discussion on the topic organized as a webinar by AIPC Delhi. The discussion was conducted as a conversation between Shri Tewari and Shri Salman Soz.
Shri Salman Soz’s opinions have been enunciated in his adjoining article. 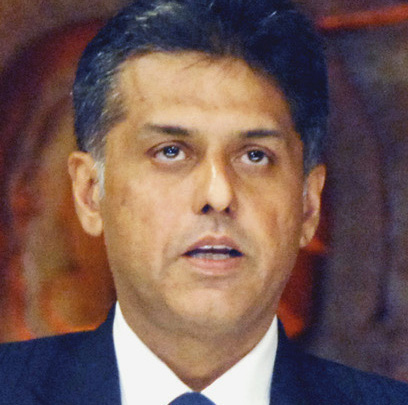 The Question of Our Unsustainable Demographics

India’s demographics are completely and absolutely unsustainable. The entire myth of a demographic dividend is a very carefully constructed lie in order to sweep our collective inaction on the population question under the carpet. If you just look at the numbers, they are very interesting: In 1951, India’s population was 39.10 crores. By 1981, in three decades, it had increased to 71.54 crores. In 2011, it increased to 125.3 crores. Today, it is about 139.4 crores.

So, essentially, it occupies a landmass which is almost double the landmass of India. Therefore, the Indian subcontinent could at best have taken a population of about 65 crores. In 1974, we were at about 60 crores and that was the time when the India Youth Congress was given in a five−point program by the then leader of the Youth Congress, Mr Sanjay Gandhi. And the five points included an emphasis on what used to be called family planning, dowry eradication, dealing with the caste system, and eradicating illiteracy.

Unfortunately, between 1975 and 1977, the manner in which the entire family planning program or the family welfare program was implemented has completely and absolutely thrown this very contentious question off the political radar, and from 1977 till 2020, no politician of any consequence, no political party of any consequence, has been willing to seriously debate the population question and how we are going to really be able to deal with this community’s completely unsustainable numbers. Covid-19, I think, brought to the fore our inadequacy, both in terms of social as well as health infrastructure.

In Delhi, there is virtually a pandemic tornado unfolding and the Delhi government has been artificially trying to suppress testing. Delhi’s hospitals are completely and absolutely overburdened. You see horrific videos coming out every day of how patients have been turned back from hospital after hospital and they have died in ambulances, they have died on hospital floors for the lack of any medical care. So, under these circumstances we have to wake up now and address some of these very serious issues with regard to our demographics, issues with regard to our healthcare infrastructure, issues with regard to our social infrastructure (I mean, one of the most enduring memories of this pandemic is going to be millions and millions of people walking home from our cities as a completely insensitive government looked on. They were crushed under railway trains, they were mowed down by trucks on our highways, and the Indian entrepreneurial class whom these people have enriched with their hard work, in fact, exhibited the most contemptuous insensitivity towards them by literally throwing them out on the streets within four or five days of the lockdown being declared, when there was no financial emergency really playing itself out).

So, therefore, under such circumstances I think it all comes back to one fundamental question: We do not have the wherewithal, we do not have the infrastructure to sustain our demographics and all those people who say that India’s moment in the Sun is going to come in 2047 when China’s demographics start declining and the baby era of the little emperors is over, I think it is living in cuckoos land, for the want of a better word. The fact is that India requires 30 years of consolidation, it requires space for consolidation, for that it requires peace on its periphery and all these delusions of being a rising great power, I think, have all been very rudely shaken by what has transpired in the past few months in our country.

My contention is very simple: that our numbers are not sustainable. Now the question is if our numbers are not sustainable, and I take Salman’s point that you know it is not as if there is a uniform problem across India; there is more problem in certain states as compared to other states, but the difficulty is that if you start having state specific policies then you open yourself to the charge of actually targeting and singling out states and that policy is set up for failure.

Therefore, the Indian subcontinent could at best have taken a population of about 65 crores. In 1974, we were at about 60 crores and that was the time when the India Youth Congress was given in a five−point program by the then leader of the Youth Congress, Mr Sanjay Gandhi.

So, therefore, if you were to have a larger national framework then those states which are already implementing or let us say have achieved those goals, you know they don’t have anything really to worry about. The limited point that I am trying to make is that I also understand that coercion does not work and coercion can be counter−productive. The purpose of writing that piece (Tewari, Manish. 29 May, 2020. “Covid-19 Proved India’s Demographics Are Unsustainable. Time We Brought Our Fertility Rate Down.” Outlook. Accessed on 2 September, 2020 at https://www.outlookindia.com/website/story/opinion−Covid-19−proved−indias−demographics−are−unsustainable−time−we−brought−our−fertility−rate−down/353724) was to actually kick start a discussion about whether we agree that India’s demographics are not sustainable, and if we agree that India’s demographics are unsustainable then what is the policy framework or what are the policy frameworks that we need to put in place in order to deal with it. Regarding targeting of communities for the population question, I can understand the point which Salman made. Unfortunately, the Right wing has been carrying out a campaign targeting certain communities, all that nonsense, but I think on this question, enlightened leadership has to emerge from within communities and people from within communities need to stand up and say that it is in their larger national interest and it is in the interest of us as a people, us as families, to be able to bring into this world those many number of children whom we can properly educate, properly cloth, give them a head start in life. I don’t think that is a communal question. Yes, there would be forces which would try and target particular communities, but that is unfortunately the nature of politics and we have to live with that. But rising above parties and such considerations, I think we need to seriously apply ourselves to a policy framework or a set of policy frameworks if we come to that basic minimum understanding that we need to do something about our demographics.

Population Question: Preparing for the Future

Let me say that when you plan for a country you don’t plan for your own lifetime. You actually plan beyond your lifetime because when you look at nation states you do not look at nation states in terms of your own life time. I take Salman’s point that it will take a while for things to stabilize but if India has to be a great power by the end of the 21st century, that is 80 years from now, or at the beginning of the 22nd century, you have to start planning now and, therefore, it is the policy prescriptions that you put in place today which future generations, hopefully, will build on, which is going to ensure the longevity and the prosperity of this nation. So, that’s why I am saying this is not about the Congress or the BJP or about political partisanship. This is about looking at the larger national interest over the horizon, taking the long view from Delhi, as I call it.

That’s point number one. Point number two, you know what Salman says is absolutely correct but they are subsets of the same problem so you can and have nutrition reform, you can have contraception reform, but if in the next 20 or 30 years you are going to add another 30 crore people to your population, then you are back to square one. So those other initiatives are only going to work provided you are willing to tackle the elephant in the room. And I find, given the political sensitivity which has been institutionalized around this question post 1977, that we are unable to or unwilling to grapple with it head−on.

Point number two, you know what Salman says is absolutely correct but they are subsets of the same problem so you can and have nutrition reform, you can have contraception reform, but if in the next 20 or 30 years you are going to add another 30 crore people to your population, then you are back to square one.

I don’t think what late Shri Sanjay Gandhi did in terms of the conceptual framework was incorrect, but, unfortunately, events as they unfolded between 1975 and 1977 and the excesses which got committed… and the irony is that when you had three or four Commissions looking into those excesses, they were actually able to really pin down very, very few cases of forced sterilization. The fundamental thing is that you need to do all the rest also so it is not either/or. If you think by doing the rest you will be able to avoid doing the population question, I would respectfully disagree with that.

Possibly, there has been a failure of women leadership in South Asia because South Asia is perhaps one part of the world which, for the longest time, has been led by very enlightened women leaders: whether it was Mrs. Bandaranaike in Sri Lanka, or Mrs. Benazir Bhutto in Pakistan over two terms, or the very enlightened women leadership in India, or Bangladesh which continues to be led by successive women leaders, or Myanmar led by Aung San Suu Kyi. But somewhere it seems that given the fact that we are extremely feudal societies, the entrenched feudal character was not broken by them because when you break feudal alliances it comes at a political cost. So, I think, that’s the subject of a larger question about why women in this part of the world are not really in the forefront as they are in some other parts of the world despite the presence of such leadership.

The Big Close Up

They Flattened Our GDP, Not the Covid-19 Curve!

Between 2004 and 2014, the UPA governments oversaw the fastest recorded economic growth in Indian history.

How soon will we have a treatment for Covid-19? All of us want an answer to this. Dr Shashi Tharoor posed this question to Dr Kiran Mazumdar−Shaw 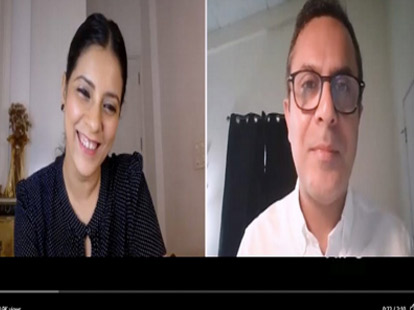 It is pretty grim news actually. It is towards the lower end of the projections. In fact, it came very close to 25 percent, which is what one of the agencies had suggested might happen. 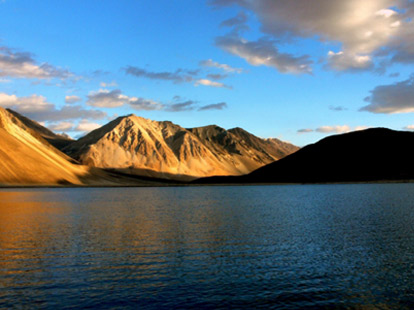 Extracted from a discussion conducted as a publicwebinar by AIPC North Delhi Chapteron 14 June, 2020.