Battle of Rezang La (Extracted from) Lest We Forget

Of all the heroic actions fought by the Indian Army during the the 1962 Sino−Indian War, the Battle of Rezang La is perhaps the most poignant. Over seven hours early in the morning of 18 November 1962, C Company of the Kumaon Regiment’s 13th Battalion made a last stand in which 114 of 120 soldiers perished in a fierce battle fought in bitter cold, wind and snow. The Chinese officially admitted that they suffered 500 casualties at Rezang La, their highest in any engagement of the war, and declared a ceasefire three days later. C Company won one Paramvir Chakra (India’s highest award for valour), eight Vir Chakras and four Sena Medals.

After pushing Indian troops out of Daulet Beg Oldi, Galwan, Hot Springs, Pangong Tso and Demchok in Ladakh in a series of late October offensives, the Chinese turned their attention to Chushul. To defend the vital Chushul airfield and to block an enemy advance towards Leh, the army deployed 114 Brigade to the area on 28 October.

13 Kumaon was tasked to defend the heights southeast of Chushul, and C Company deployed to the Rezang La pass at a height of 16,000 feet (4,900 metres). While much of the brigade was protected by artillery and a squadron of tanks, Rezang La was out of artillery range. C Company was on its own.

This is the story of its last stand, as told by Punjab Chief Minister Captain Amarinder Singh (Retd.) in Lest We Forget (extracted with permission). 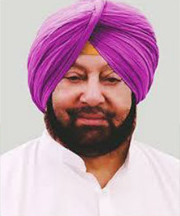 At last, at 0655 hrs, the sun rose. Fifteen minutes later, the Chinese guns and mortars opened up once more in what was possibly the most intense barrage of the morning. Both Jemadars Hari Ram and Surja reported it and then warned their men to stand by for the infantry assault that was bound to follow.

The fire on 8 Platoon lifted at 0730. Within a minute the first wave of enemy infantry, who must have crawled right up to the position under cover of the barrage, crossed the single strand of wire and were on to Naik Chandgi Ram’s No. 3 Section. Chandgi Ram had seen them coming and opened rapid fire. Hukam Singh’s No. 1 Section, which had been augmented by the LMG from No.2, sited in depth, now joined in and the first two waves were cut down.

The Chinese regrouped and attacked again. Once more Chandgi Ram fought them off, assisted by fire from No. 2 section and the close accurate shooting of the 3−inch mortars. The third and fourth assaults were dealt with in like manner. Assault No. 5 came in on 1 and 3 Sections simultaneously, this time from above. With his section now reduced to less than half its proper strength, Naik Chandgi Ram led No. 3 out of their trenches in a desperate hand to hand fight. Calling to No. 2 section to follow him, Jemadar Hari Ram led them in a counter−attack and managed to stabilize the situation for a few minutes before the next wave swamped them. No. 1 Section, now commanded by Lance−Naik Rugha Nath, beat off the first frontal assault. Both MMGs concentrated their fire on his position while a second wave formed up in the area of Platoon Headquarters and assaulted his right flank. A few minutes later, 8 Platoon ceased to exist.

Like 8 Platoon, 7 Platoon was also subjected to an intense bombardment lasting half an hour. When the fire lifted at 0730, Jemadar Surja looked out to see what was happening. He was confronted by a mass of grey uniforms closing in on him from the north−east. They were no more than 40 yards away. Realizing that this was the end, he called Company Headquarters and spoke to Sepoy Ramchander. In a calm voice, he explained the situation briefly and told him to tell Major Shaitan Singh that they were now going out to meet the assault. When their bodies were recovered in February, 1963, Jemadar Surja and five of his men were found 10 yards ahead of their trenches. All had died of multiple bullet and bayonet wounds. 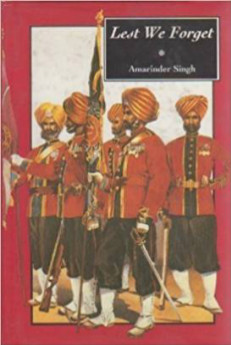 At 0800 hrs, a green Verey light, the Chinese success signal, was fired over the areas of both 7 and 8 Platoons. These and the loss of communications confirmed Major Shaitan Singh’s fears that the two platoons had been overrun.

The Chinese now began to organize themselves at both ends of the ridge, clearly intending to close the gap between themselves and the central defences. Naik Ram Kanwar was ordered to concentrate his fire on both ends, with one mortar engaging each. Incredibly, the Mortar Section had been firing non−stop since 0435 hrs. When asked later how he had managed to keep the tubes cool when firing at such intensity, the Section Commander replied that the temperature had been below zero, which had helped! By this time, the Section had fired all the 600 bombs originally dumped by the baseplates and as we have already seen, were onto their reserve.

At 0830, the Chinese in the former 7 Platoon area were concentrating on the flat area below the ‘Bump’ before moving down the ridge towards the Company’s remaining defences. Suddenly, they were hit by a storm of rifle and LMG fire from the north−east. Hearing the firing, Major Shaitan Singh correctly assumed that it had come from Jemadar Surja’s No. 3 Section, which had redeployed into its alternative position and had already done great damage to the enemy and yet must, somehow, have escaped detection.

Throughout the morning, Naik Sahi Ram, who had wrecked such havoc on a strong Chinese column earlier but had not seen any more Chinese since, must have wondered why Jemadar Surja had not recalled him to the main platoon position, for he had been able to hear the sounds of heavy fighting on the ridge above him. We can only assume that, being the stout hearted, loyal NCO that he was, when no message came to that effect, he had decided to stay put and follow his original orders to deny that approach to the enemy at all costs. Only when he saw the Chinese concentrating on the ridge below the platoon position could he have realized that 7 Platoon had been overrun. One assumes that he decided to wait until their concentration was complete before opening rapid fire with his whole section into the mass. The effect of that fire was devestating. The Chinese were grouped closely together and every bullet must have passed through several men for, when they broke in panic some seconds later, a large pile of dead and wounded littered the ridge.

That had been the moment for Sahi Ram to withdraw from his position and make for Company Headquarters — but he did not do so. Why he decided to stay out in that isolated position, no one will ever know. Either he was following his orders to the bitter end or, possibly, the loss of his platoon and comrades had angered him into fighting it out — whatever that reason may have been, the section stayed where it was.

Why he decided to stay out in that isolated position, no one will ever know. Either he was following his orders to the bitter end or, possibly, the loss of his platoon and comrades had angered him into fighting it out — whatever that reason may have been, the section stayed where it was.

Now, for the first time in the battle, the Chinese brought a 57 millimetre recoilless gun into the battle. Positioning it on the forward edge of the ridge overlooking Naik Sahi Ram’s defences, they methodically took out each trench, one by one.

Major Shaitan Singh knew that the time had now come for him to decide his future course of action. He had three options open to him: to stay put and fight it out; to break out towards the rest of the attalion, accepting that this course would inevitably involve additional casualties but would enable him to get at least some men out; or to surrender and so save what lives he could. His orders were unequivocal — he was to hold out to the end at all costs. It must have been those orders, put to him in person by the Commanding Officer, which finally convinced him that. there was no alternative but to stand and fight. He knew that if he abandoned the ridge, the Chinese would get Point 18,300 unopposed, thereby making it impossible for B and D Companies to hold the northern ridge and that this, in its turn, would have an adverse effect upon the Brigade battle. Even as Lieutenant Colonel Dhingra had stressed the importance of preventing this happening, so had he impressed the same point upon the Company on many occasions. He, therefore, decided to buy time for his Brigade...

Whatever the figure, what is certain is that the Chinese have acknowledged that they suffered their highest casualties in the Indo—China War of 1962 at Rezangla.

The casualties suffered by the Chinese in C Company’s heroic stand at Rezangla have been officially estimated as 500. China being a closed society, it is impossible to confirm that figure — or indeed any other from a Chinese source. Intensive questioning of the inhabitants of the two villages of Chushul and Chagga, a number of whom helped to collect the Indian dead from the ridge and subsequently gathered information on Chinese casualties from relatives and other sources across the border, puts the figure between 500 and 1,000. Whatever the figure, what is certain is that the Chinese have acknowledged that they suffered their highest casualties in the Indo−China War of 1962 at Rezangla.

Battle of Rezang La (Extracted from) Lest We Forget