Rahul Gandhi recently announced that if voted to power, his government will ensure a minimum income guarantee for the poor under a scheme called NYAY. P. Chidambaram clarified that this is not the Universal Basic Income (UBI) that many economists are discussing. A minimum income guarantee implies ensuring a basic income for the poor, whereas UBI means everyone - regardless of their income - is assured the same basic pay. Now let us see the background of this decision:

Crony capitalism is a term describing an economy in which success in business depends on close relationships between business people and government officials. It may be exhibited by favoritism in the distribution of legal permits, government grants, special tax breaks, or other forms of state.....

A few days ago I watched the Chief Minister of Tamilnadu on Television tell reporters that there was a large number of young graduates entering the workforce in the state and that the eight lane Salem to Chennai expressway was part of the overall plan to promote new industries and secure jobs for these youngsters. I am glad that the Chief Minister of our state is for once talking about jobs for our youngsters but I think someone forgot to tell him that in Tamilnadu alone 50,000 Small to Medium enterprises had shut down and 5 lakh people had lost in their jobs in in the last year and none of this had anything to do with the lack of infrastructure.

Almost all politicians in Tamilnadu.....

The Indian democracy rests on three independent and sturdy pillars – the legislature, the executive and the judiciary. If any one of these pillars fail, the other two are supposed to ensure that the constitution.....

In September 2015, I tweeted the following: “Dear All India Muslim Personal Law Board: The instant triple talaq is a horrible interpretation that sets our community back. I reject it.” I wanted the AIMPLB to raise awareness about the undesirability of instant triple talaq. Instead, they were fighting to have the Supreme Court uphold it. As I expected, the court held instant triple talaq unconstitutional. I welcomed the judgment as a step forward for women’s empowerment. At that time, I did not imagine that the apex court’s progressive judgment would become a pretext for our government to put forward a bill that will not only do little to advance the interests of Muslim women but could..... 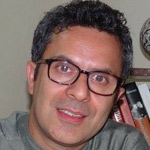 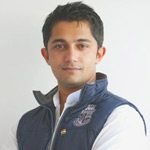 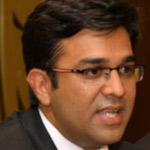