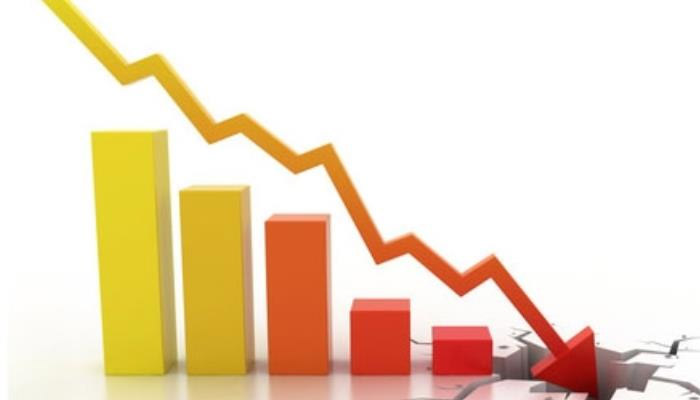 The recent developments in the Indian economy are indeed distressing for all the stakeholders. Three data points that have come to light are worrying and threaten to derail the economy.
They are

1. The estimated growth rate according to the central statistics office is going to be 6.5% for this year while the finance minister assumed that the growth rate of the Indian economy will be 7.5% for the year. This will send all budgetary calculations awry.

2. The consumer price index has breached the target set by the Reserve Bank and is at 5.12% for the month of December and is heading further north in the coming months.

3. The Government has revealed that it will borrow 20000 crores more than what it budgeted and force the RBI to transfer 13000 crores from funds meant for contingency reserves. This means that the finance ministry acknowledges that it will breach the fiscal deficit target it set for itself without any meaningful stimulus given to the Indian economy. It is apparent that the Government has missed collecting the expected revenues from both direct and indirect taxes. The GST collection has declined steadily with every passing month. The collection for the month of December was estimated at around Rs.80828 crores provisionally. There is no clear information whether input credits have been accounted for no registered user has managed to get credit even for the month of July. The CSO estimates reveal that the growth rate for the current year will be definitely lower than the previous year. The consumer price index will be at a higher level than the previous fiscal.

The ruling party came to power by accusing the previous Government of inept handling of the economy and policy paralysis. Even conceding the advantage of enhanced GDP calculated by the new method, the record of growth under this Government is well short of the average growth rate achieved during the Dr. Manmohan Singh era. The average growth rate of UPA1 and UPA2 was 7.2%. in the four years of the current Government the macroeconomic indicators looked deceptively stable largely due to the fact that the bonanza of low crude prices was usurped by the Government in the form of usurious taxation levied on petroleum products. Now that crude prices have shot up trade deficit is widening and current account deficit has reached 1% of GDP. Thus the picture has become less flattering over the last quarter. There are two reasons for the failure of merchandize exports not growing at the targeted rates.

a. The Indian rupee is 22% over valued in real effective exchange rate terms according to Reserve Bank of India. This makes our exports highly uncompetitive in global markets.

b. Bangladesh and Vietnam have been more nimble and pro active in offering a friendly business environment and better logistic facilities to enable their exporters to grow and become more competitive in the western markets.

The drastic reduction of duty drawback incentives and delay in refund of goods and services tax due to the exporters of further exacerbated an already bad situation making it worse. In clusters like Tirupur, there is growing unemployment in the labour clause and more small units are being forced to shut down. This may result in further growth in nonperforming assets in the export clusters.

In the leather exporting clusters centered around Ambur and Vaniyambadi non availability of cow hide due to constant flip flop in the cattle slaughter policy of the Central Government. Further lack of funding for setting up a common effluent treatment plant has meant that our tanners are unable to compete in value added products such as finished leathers and have moved down the value chain. Thus semi finished leather is being exported in larger numbers and we are missing the growth in the entire value chain. The Prime Minister announced a target of 900 billion dollars of exports by the year 2019 immediately on assuming office. After four years the total merchandise exports have struggled to reach 300 billion dollars it is estimated. We may barely reach that figure during this fiscal year it is worthwhile to note that the merchandise export figure was 314 billion dollars in the last year of the UPA Government. To add insult to injury textile imports from Bangladesh have surged 19.6% in the current year. Thus destroying several million jobs in the small and tiny sector of our economy.