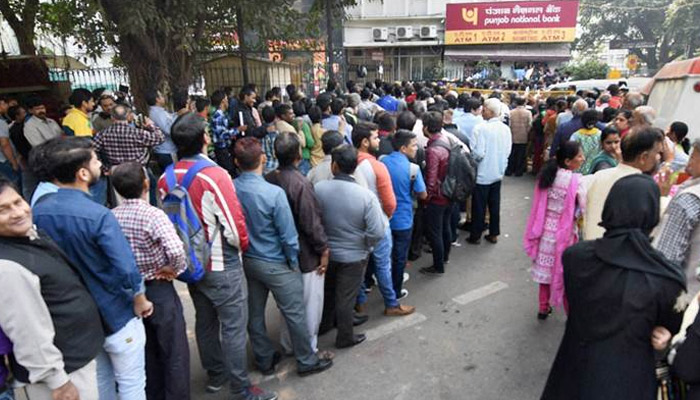 Demonetisation will live in infamy as one of the worst economic initiatives in post-independence India. However, focusing almost exclusivelyon demonetisation detracts attention from a series of missteps by the government that hurt the economy well before November 8, 2016.

In the first quarter of 2017-18, the economy grew by 5.7 percent after growing by only 6.1 percent in the previous quarter. Job losses, farm distress, anemic credit offtake and weak private investment and industrial activity, uneven export performance, food price inflation, and other indicators show an economy in trouble. Demonetisation can partially explain this malaise. However, it cannot explain slowing growth prior to demonetisation. In fact, the growth rate has declined for six straight quarters. I believe policy missteps helped slow the economy down well before demonetisation. My overarching criticism of the government is that it has been far more concerned with managing public finances and public perception than with making tough and smart choices to help the broader economy grow. While fiscal prudence is commendable, it cannot be the single biggest focus of a government. Messrs. Modi and Jaitley, the stewards of India’s economy, appear obsessed with taxes and the fiscal deficit. At times, the government has gone to absurd lengths to manage its own finances at the expense of consumers and the private sector. Worse, the government has failed to act in other vital areas impacting the economy. Banking is widely considered an economy’s lifeblood. In 2014, when the Modi government took over, non-performing assets (NPAs) were beginning to choke banks. Gross NPAs as a share of total advances stood at 4.1 percent. But, instead of proactively dealing with NPAs, the government spent its considerable political capital on an ill-conceived plan to roll back the land acquisition law that the BJP helped pass in 2013. The NPAs now stand at about 10 percent of total advances. This has contributed to a slowdown in lending. In 2016-17, overall bank credit grew at about 7 percent with credit to industry contracting by 1.6 percent. Aggressive action in 2014 could have mitigated the NPA problem. A new and popular PM with a gift of oratory could have explained the necessity of prioritizing the NPA problem. Instead, the government’s pussyfooting has created a huge problem that continues to weigh the economy down. Even the Rs. 70,000 crores under the Indradhanush scheme for bank recapitalization was considered “far from sufficient” by the government’s own Economic Survey.

Banking sector problems are mirrored in weak private investment, which started to shrink in 2015- 16 and contracted by more than 7 percent in 2016-17. The government stepped in with public investment but the Economic Survey considers it insufficient to “arrest a fall in overall investment”. The government has been marketing Make in India even as manufacturing capacity utilization hovers around a mere 71 percent. While the government takes credit for attracting FDI, we should remember that it accounts for only about 2 percent of GDP. If India’s private sector is not investing at home, is it reasonable to expect foreigners to invest in a big way in India? The incoherent response to the twin balance sheet problem (banks and corporates) is a serious error of omission.

Policies for rural India have also contributed to the slowdown. When PM Modi formed the government, drought warnings had already been issued. This was a time for the government to step up assistance in rural areas through minimum support prices (MSPs) and the safety net of MGNREGA. Instead, the government blindly followed right wing dogma to restrict MSPs. PM Modi used a speech in Parliament to run down MGNREGA. In the three years between 2014 and 2016, two of which were drought affected, the government increased MSPs of rice by a mere 3.9 percent per year, 6 percentage points below the rate in the last three years of the UPA. In FY15, MGNREGA generated the least number of person days and household employment since the start of the scheme. By restricting support, the government contributed to rural distress. This ended up adversely affecting the broader private sector as well. The government missed the forest for the trees.

Management of fuel prices is another example of the Modi government prioritizing fiscal over economic management. After crude prices dropped precipitously, the government decontrolled diesel prices in October 2014 (UPA decontrolled petrol prices). However, as crude prices kept falling, the government started levying excise duties to mop up extra revenue instead of passing on the benefits to consumers. According to the Economic Survey, the increase in petrol tax was 150 percent between June 2014 and November 2016. Having more money with consumers could have had a positive impact on household and business finances, which could have resulted in higher economic output. The inept rollout of a seriously flawed GST is making matters worse. Cheering a bad tax in the middle of an economic slowdown makes the government look arrogant and unmindful of principles of economics.

Perhaps due to a deficit of experience and a surplus of arrogance, the government has frittered away a huge mandate. The obsession for managing public finances and public perception must end. Messrs. Modi and Jaitley must learn from their mistakes, consult widely, and help reverse the Indian economy’s downward trajectory. Otherwise, demonetisation won’t be the last big blunder they commit.