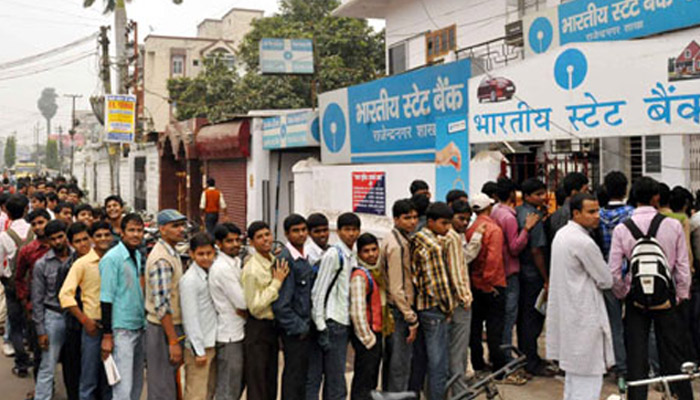 A few days ago , Mylapore’s very own auditor and Editor of Thuglak, Mr. Gurumurthy, had written in these columns of the untold benefits of the great indian circus that was demonetisation. His intentions while undoubtable, his facts seemed to be drawn from a post-truth world. This article intends to set the record straight on a number of these facts and also iterate some fundamentals of economics that the erudite auditor seems to have forgotten.

In his article, Mr. Gurumurthy seems to confuse electoral wins in the local body elections of BJP run states with the public’s ringing endorsement for demonetisation. This reminds me of the central government’s own comical attempts to show public support for their scheme by publishing results of a biased survey to a skewed sample of mobile app users. The correlation between national policy and the results of local body elections in any state is non-existent at best. In a similar vein, Mr. Gurumurthy only mentions assembly election victories in states where the Congress party and/or its alliance partners faced anti incumbency. I cannot find fault with him for mentioning Goa and Manipur though. They are probably the only states where demonetisation had a positive impact on interested parties who were remonetised in a successful bid to form government.

The crux of Mr. Gurumurthy’s argument on the benefits of demonetisation is that the wide distribution of high value currency is the driving force behind the unreasonable inflation in the Indian consumer’s basket of staple assets. These assets are gold, real estate and stocks. First, it is important to realise that it is not the denomination of a currency that determines inflation but rather the increase or decrease in the money supply, of which only a small portion is in the form of currency. Second, the valuation of each of the aforementioned assets is in no way connected to the presence of high value notes. Real estate price inflation is largely dependent upon demand and supply.

The phenomenal growth in personal income during 2004-2014 lead to excess demand over supply leading to increase of prices. In fact, real estate prices began to collapse in India from 2014 when personal income had started to decline and the real estate sector’s euphoria had created an oversupply.

Similarly, gold prices are determined internationally. The steady increase in the price of gold was due to quantitative easing in the developed world, where investors flocked to inflation protection assets. A steady depreciation of the rupee meant that the price of the gold did not fall in India while it corrected worldwide. As far as stocks go, I am not sure how the stock market relates to high value notes when most of the volume is driven through digital transactions. Had the government chosen to ban or curb participatory notes, the impact on the market would be far more profound.